Study in Europe fair in Tirana

Manderina Promotions, PR and Digital Marketing Company based in Albania successfully run a promotional campaign for the "Study In Europe" fair in Tirana, a project financed by European Commission. 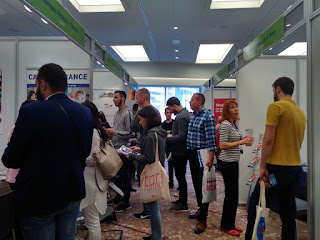 Manderina Promotions was the selected company to run a promotional campaign targeting all the students in Albania who are interested to study in Europe for graduate, post graduate, research, academic exchanges etc.About 34 universities from 18 countries in Europe were present at the Fair organized in 26th of October at Hilton Garden inn Tirana. 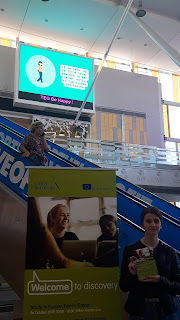 Manderina worked in cooperation with European Delegation in Tirana to contact all Universities, High Schools in Tirana, to produce and distribute leaflets in different places in Tirana, to produce and distribute posters, also to organize an online campaign through promoting event page in Study in Europe Facebook channel, and to reach more and more students through sharing the articles and news about the Event, at Visit Tirana and other our media channels.We organized also interviews in the most important Tv Channels, such as Top Channel, National Public Broadcaster RTSH, A2 Cnn and other media such as Business Magazine etcManderina produced a TV spot, animated, dedicated to the event, which was broadcasted at Top Channel, and Club FM, also at the Trade Centers, QTU and TEG.We are very happy to run such a successful campaign, resulted in a successful fair. More than 2000  people attended the event, 700 of them were students, interested to apply for the Universities represented in this Study Fair in Tirana.  This project was another great work in our portfolio.

Keep in touch with Manderina Promotions